Hello, everybody! This week, I’ve been experimenting with cactus smoothies. Though it may sound strange, the nopal cactus is a very nutritious and healthy veggie. In fact, it’s also a very powerful weight loss aid. Curious? Keep reading!

Subscribe and join me on a health and fitness journey!

I had been meaning to try a nopal cactus smoothie because I’ve heard that it’s really healthy and helps with weight loss.  However, I confess the thought of drinking raw cactus was a bit of a turn off. I’m sure you understand!

Surprisingly, it turns out that a nopal cactus smoothie has a refresing, zesty flavor. It’s also full of fiber, antioxidants, and vitamins, so it’s a healthy and nutritious power drink. And yes, it helps you lose weight too.

The nopal cactus is a plant native to Mexico. I admit it looks intimidating, but it’s a common ingredient in Mexican food. And it’s also a superfood.

The nopal cactus contains large amounts of fiber, so it will keep you full for hours and you won’t feel like snacking all the time. It also helps maintain your glucose levels, which means it will keep those sugar cravings at bay.

The nopal cactus has other amazing properties- it boosts the immune system, gets rid of excess water and bloating, and helps lower your cholesterol levels, and it’s low-cal! Amazing, right?

In Mexico, people eat nopal cactus cooked or roasted, in salads and stews, but cactus smoothies are also popular. I played around with several recipes until I came up with one that I really liked.

Powerful Cactus Smoothie That Will Make You Healthier

Throw everything in the blender, but make sure to put the cactus in first, and blend for at least a minute. It’s even better if you have a Nutribullet. Serve and drink immediately.

This smoothie tastes great, it’s very refreshing. The taste of the nopal cactus and pineapple make the perfect combination.

I used the yogurt as a source of protein for this smoothie so I could have it for breakfast or lunch. The nopal cactus and pineapple are so rich in fiber that you won’t feel hungry for hours. It also helped me reduce my belly bloat. This is a super powerful healthy drink!

When you drink this smoothie, you will feel a little bit of the nopal cactus fiber in it. Many people find this uncomfortable, so you can run it through a sieve. You shouldn’t do that if you want to get the full benefits of the drink, but you can do it anyway if you prefer. I’ve had this smoothie with and without the fibers, and I still felt full and energized for hours, so it seems I did get the full benefits after all.

22 thoughts on “Powerful Cactus Smoothie That Will Make You Healthier”

This site uses Akismet to reduce spam. Learn how your comment data is processed. 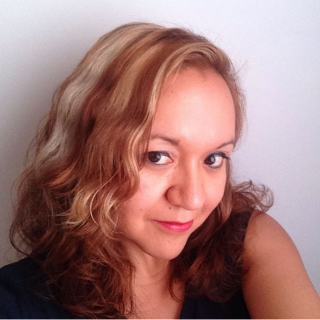